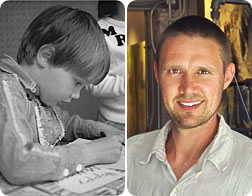 Axel Yberg
Founder & Creative Director
People often talk about the importance of holding on to your 'inner-child'. I'm 49 years old, have a beautiful wife and two amazing children, yet I still haven't found my 'inner-adult'. I'm full of curiosity and wonder, daydream constantly, and believe in magic and fairytales. I'm hyper-optimistic, convinced that anything is possible, and open my heart to everyone. As we build the 'a' team, we're searching for talented people that are mature and technically skilled, but it's equally important that their 'inner-child' is still alive and has an active voice. Akkseum is built on passion, integrity, dedication, and the childlike quality to believe that each and every one of us can sing and dance to the music of turning big ideas into reality. That's why my brand is Akke. It was my nickname when I was a little boy. Oh, and I still play by my own rules. 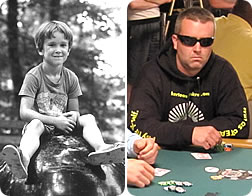 Matt Gai
CTO, CMO, Consigliere
I graduated with a BA in English from Colgate University in 1996 and immediately began working for a startup software company. I started out in marketing and tech support, then sales, and eventually joined the web development team. Around 2003 I left and I've been working for myself part-time as a web developer ever since. I got involved with Akke Functional Art when Axel called me about investing in the creation of a one-of-a-kind poker table for the World Poker Tour. I'm a huge poker fan and avid player (I even played in the 2009 World Series of Poker Main Event), so I jumped on the opportunity. As I documented Axel and his team constructing the table, I knew there was something very special going on here — and I knew I wanted to be a part of it. Since then, I have been working with Axel to build akkseum and the Akke brand. My wife and I have two boys, ages 10 and 12, and being a stay-at-home-dad is one of my other jobs several days a week. I am also an independent Beachbody coach, helping people achieve their health and fitness goals. 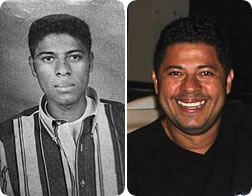 Wilfredo Lara
Artisan, Employee #1, Partner
I come from humble beginnings. I didn't have my first pair of shoes until I was 13 years old. But, I also come from a rich history of people who value hard work. So, since I was a little boy, I've had thick calluses on both my hands and my feet. When I was 16, I moved from my small town in Honduras to the capital city of Tegucigalpa and enrolled in the university. After several years, I realized that my greatest opportunities were in the United States. So, in 1998, I emigrated, taking with me nothing but my determination, my unwavering belief in myself, and my big dream. I started out washing dishes in kitchens and cleaning up on construction crews. After 5 years maintaining pools, I had plans to buy my boss's business. Then, Axel asked me if I wanted to become a carpenter. Accepting his offer was a decision that changed my life and put me another step closer to actualizing that dream. And every day since then, I take one more step. I'm dedicated to fulfilling Axel's request to "do just a little better than the best I can do." In addition to my love of woodworking, my other passions include playing futbol, rooting for Barcelona and the New York Giants, and listening to Orion & G.G. call me Papi. 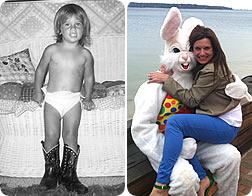 Suzy Pettit
Executive Manager
I majored in biology at the University of Michigan, spending my summer breaks working at Yosemite National Park. I graduated in 1995 and started my first career as a park ranger (at Yosemite and later at Point Reyes National Park). After 10 years on the west coast, working for the federal government, I decided to move back east. In 2006, I earned my second BS from NYU and began a new career as a nurse. In both careers, I recorded and analyzed data. I’m kind of a science-geek; I even won the Physics award in high school – beating Axel, Matt, and Anthony. So, I wouldn’t say that my area of expertise is art and design. What I do know a lot about, though, is teamwork. I played both soccer and lacrosse at Michigan and I co-coach my son’s soccer team; in September I'll co-coach my daughter, too. A great team is made up of a group of unique individuals, each with a different skill set, that come together to work towards a common goal. That’s what we have at Akkseum. 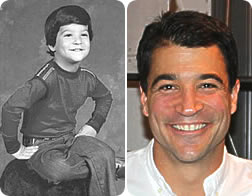 Anthony Medico
Co-founder, Akke Builders + Craftsmen
With 18 years of experience on Madison Avenue, I've had the pleasure (and pain) of working my way up the corporate ladder from the bottom to the top; from an entry-level position to my current role as president of a multi-million dollar advertising agency, and building a tech start-up along the way. During this time, I've developed a hard-earned collection of sound business practices and well-honed negotiating skills. However, I've always had a passion for home design and a fascination with the construction process. I've watched with excitement as my lifelong friend has built the akke brand — and offered my advice along the way. When Axel approached me with the idea of joining forces, I jumped at the opportunity. Aside from the idea of one day changing my mode of transportation to the office from a train to a kayak, we have discussed how my skill set, which includes hyper-detailed financial accounting practices and proven personnel management tactics, compliments Axel's free-wheeling, shoot-for-stars psychosis (according to him). While I continue to run my advertising agency, I'm heavily involved in the management and growth strategies of Akkseum. 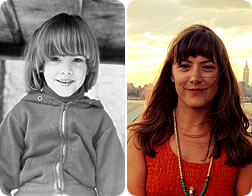 Signe Yberg
Signe Yberg Ceramics
I've always had an appreciation of beautiful objects. Axel is my brother and, when we were children, our parents exposed us to arts and crafts from the beginning. I distinctly remember trips to the city as toddlers to marvel at the works of Calder, Picasso, and Matisse. Our father carved wood for fun, and our mother collected all sorts of decorative arts, especially pottery. I make all of my ceramics by hand in Greenpoint, Brooklyn. I have a BA in Art History, I've been a wardrobe stylist for fifteen years and, in 2010, I discovered a passion for working with clay. Two years later, I co-founded Mondays with two friends. We made tableware for the dining room of Blue Hill at Stone Barns and our ceramics were stocked in some of our favorite shops in NYC: Joinery, Spina, Warm, and the Shop at the Wythe Hotel. In 2014, I parted ways with Mondays to focus on my own work. Currently, my ceramics can be found at Gallery 37, as well as Joinery, in Brooklyn, and Flowerkraut, in Hudson, NY. I'm inspired by color and texture, and drawn to simple shapes, clean lines, and elegant proportions. I like to make functional pottery — pieces that I want to use in my own home — to add beauty to daily rituals and special occasions. I hope my ceramics bring joy to you, also.
open to the public by appointment
12b school st, northport ny             631.988.8108